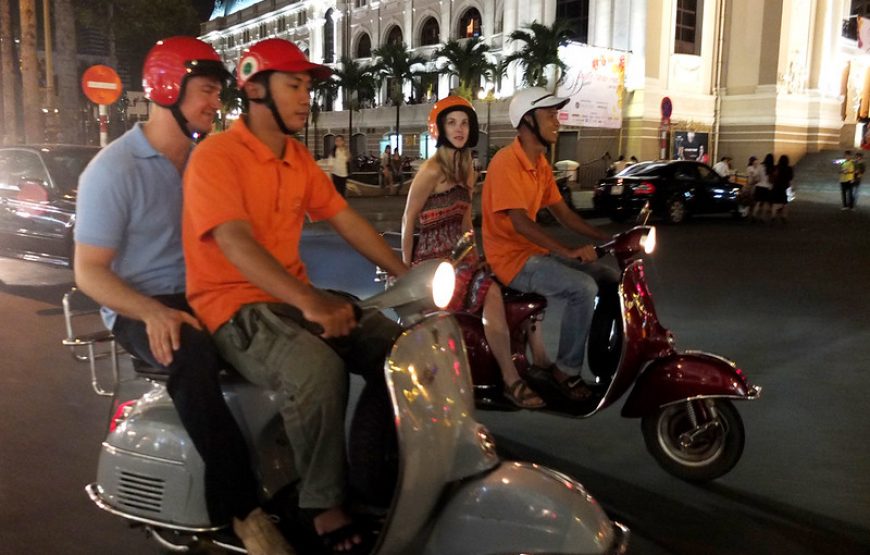 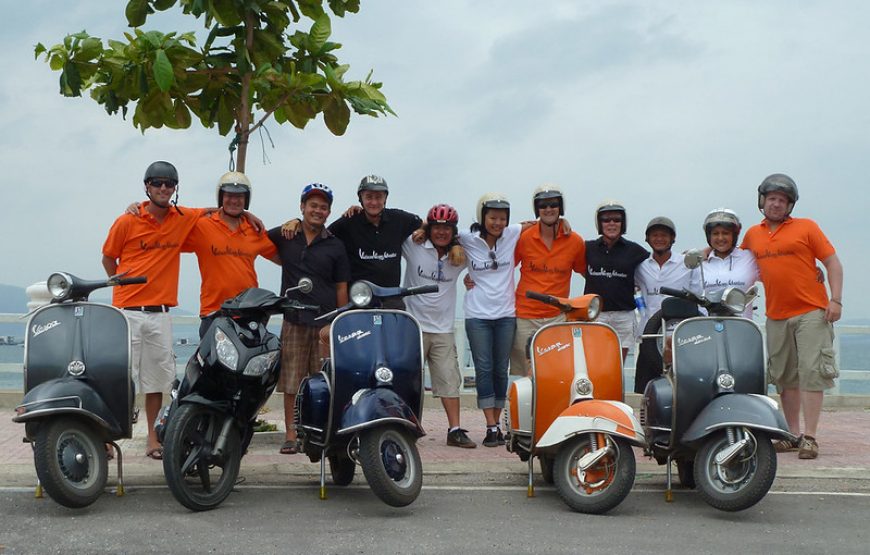 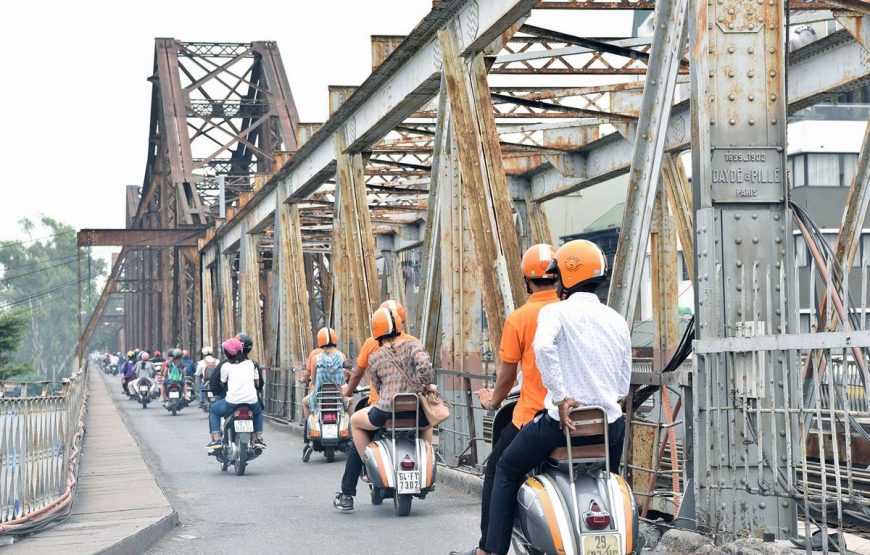 Traveling to anywhere in Vietnam, and Hanoi in particular, visitors could be overwhelmed by the “crazy” traffic which has been one of the most interesting tourist attractions. The motorcycle is obviously the most common vehicle in the country that you may think it’s a bit dangerous. In fact, driving a motorbike is one of the most complete ways to explore the 1000-year-old capital of Hanoi. Sitting behind our licensed English-speaking drivers, you will be driven safely around the city to explore the hidden gems and authentic lifestyle of locals.

At the departure time, our experienced Vespa riders will pick you up at your hotel. After an introduction and a briefing of safety instruction, we drive to the heart of the Old Quarter which is famous for 36 ancient streets selling distinctive merchandises, then stop at a local cafe to sample a cup of traditional Vietnamese coffee, it is highly recommended for your to try the Egg Coffee - a drink can be found in Hanoi only.

After that, we drive through busy streets with a vivid life on the sidewalks to visit St. Joseph’s Cathedral which was built by French people during their colonial occupation in Vietnam.

Then, our tour continues admiring the “Mural Street” where you can see various masterpieces of pictures recalling Hanoi in the past, compared with the modern society.

Next, we go over the Long Bien Bridge, another majestic construction of French in Hanoi. Long Bien Bridge is considered as “Bridge across 3 centuries” crossing the biggest river in Northern Vietnam of the Red River. From the bridge, we go off the beaten track down to the farmland under the bridge where only motorbike and bicycle can access. (If the weather is good enough). Life under the Long Bien Bridge looks like a rural land with endless banana farms and vegetables which is totally different from the hustle and bustle city of Hanoi.

Afterward, you will be taken to West Lake which is the biggest lake in Hanoi, then go to Ngoc Ha market, followed by a short stroll around this area to explore the traditional market. The market only opens in the morning; therefore, it is available on the morning tour.

Leaving the market behind, we head to Huu Tiep Lake to see the relic of the 400-year-old temple before walking to admire the wreckage of the B52 air bomber which was used by US Air Force during the air bombing raids destroying Hanoi in 1972. At that time, B52 was considered as the undefeatable air fortress.

On the way to the final destination of the Vespa tour, you will see the “Hanoi Ceramic Road” with sophisticated mosaic artworks telling the development history of Hanoi. The last stop is a tranquil green oasis that is famous for the Kumquat farm (seasonal). Moreover, we will be shown how to make tea at home by Vietnamese Tea Master, and how to drink tea in the right way.

After that, our drivers will take you back to your hotel or anywhere in the Old Quarter if you wish. The tour ends here.

Thank you so much for joining Hanoi Vespa Tour.

We hope you would enjoy our tour and see you again. 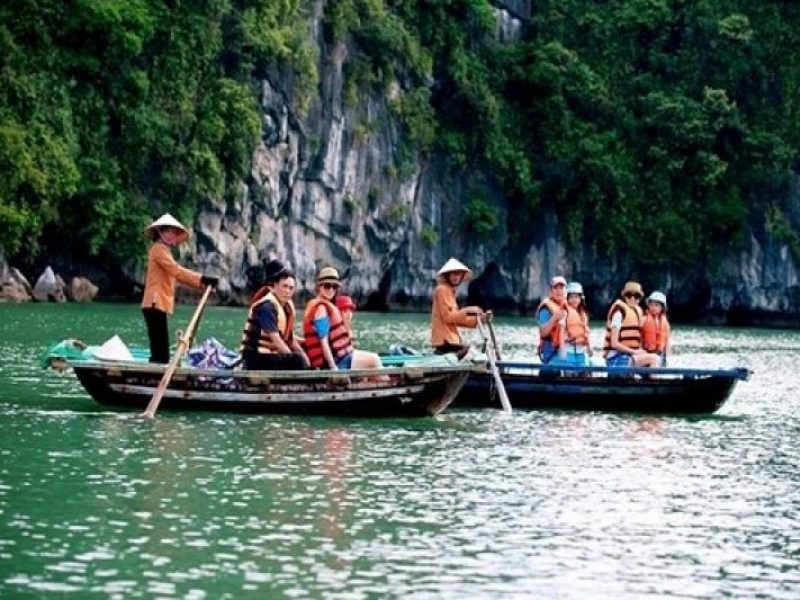 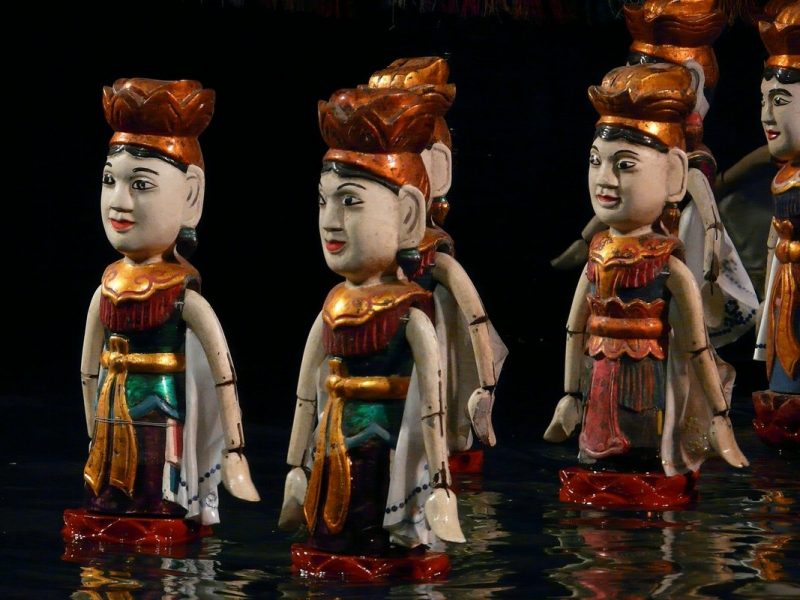 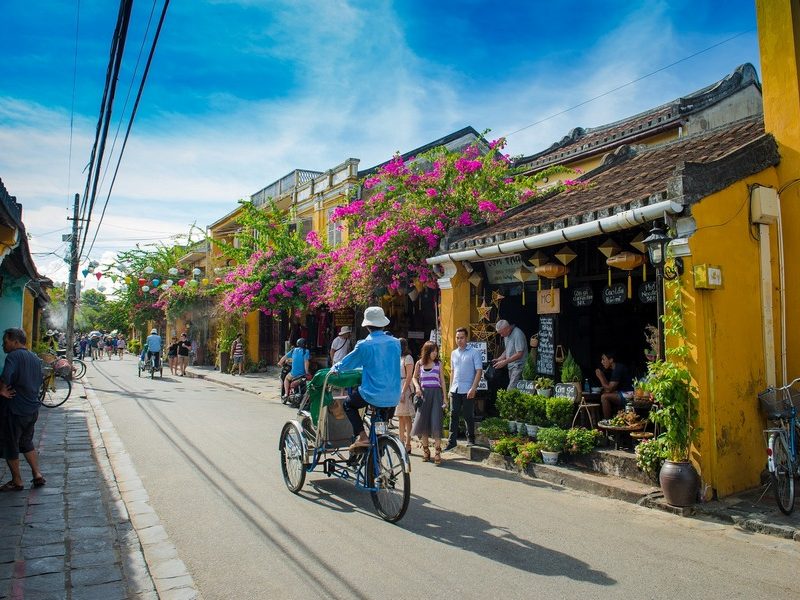 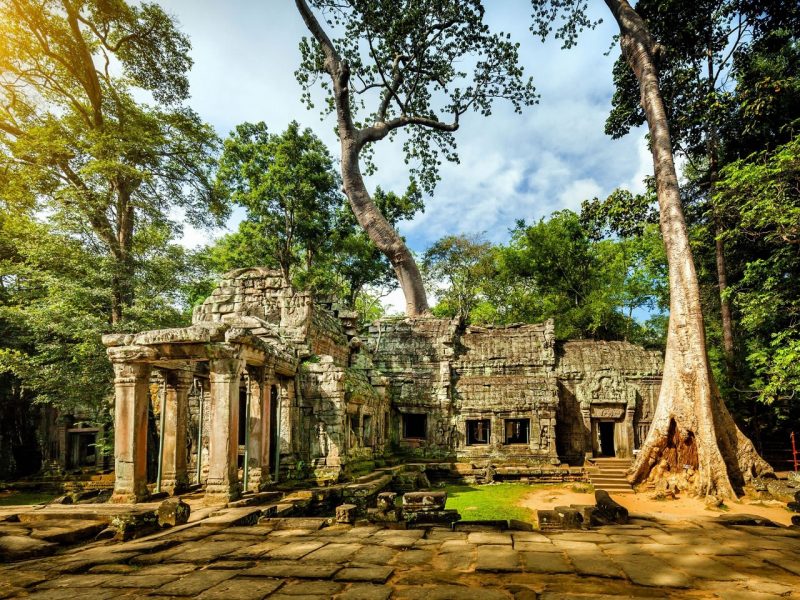